Creativity is a fragile thing.

As someone who is on creative team, I’ve been thinking a lot about how to best handle the ideation and creation processes. Brainstorming sessions are extremely helpful but, like any meeting, can get messy really quick. Having been on the positive and negative end of both, I’ve noticed three essential traits leaders of creative teams should possess in order to get the most out of their people:

You have to protect creativity… along with your creatives. 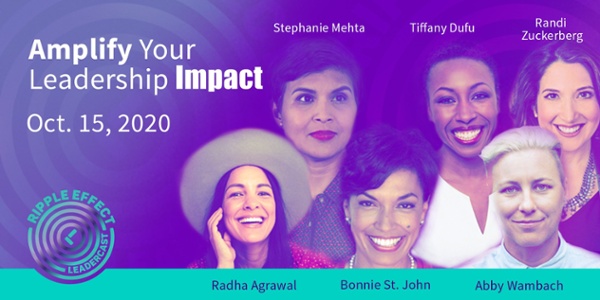 Protect Your Team from Outsiders – This includes anyone outside of your immediate creative team. I’ll say it again: creativity is fragile. When you start having more hands in the process, more voices tend to make themselves heard. It can be intimidating to present the idea or project you’ve been working on in front of people who don’t understand why you’ve done what you’ve done. As a creative leader, in those moments, you have to go to bat for your team. You have to be their biggest advocate. Even if you don’t agree 100% with what they did or how they did it, they must know you are standing in their corner, otherwise they will walk in and out defeated.

Protect Individuals from Themselves – A creative individual is always their own worst critic. Ask a Hollywood video editor if they liked the award-winning film they worked on and they’ll be quick to point out everything they should have done differently. Sure, they’ll accept the accolades and praise, but there’s something within creatives that is never quite satisfied no matter how hard they try. Whatever they do is never “good enough.” As a creative lead, you have to protect individuals from themselves, otherwise they will zap their creative imagination. There is a time for critiquing, but there is also a time for stepping back and being satisfied with the effort you put forth. The leader’s job is to make sure that satisfaction outweighs the critical.

Don’t Protect the Team from the Team – The team knows. The team understands. The team “gets it.” Or at least they should. Therefore, the team should be the safest place to risk creativity. That doesn’t mean it’s an incubator for any and every idea. It means it is a safe place to fail. The team should not hold back in their critiques, suggestions, “what ifs,” and feedback. This is the only way the best ideas are actually executed. You have to be ruthless, not for the sake of being ruthless, but for the sake of producing the best idea as a team. As a creative lead, you have to encourage your team to not settle for the lesser idea without first poking, prodding, dismantling, blowing up, rebuilding and examining the alternatives. If you don’t, half-baked and partially-formulated ideas will continually be presented without going through a thorough vetting process to make sure they are the best they can be before the outside world tries to rip them apart.

I know there is so much more to learn as a creative lead, but as I sit in meetings, hear ideas presented, and present ideas of my own I am constantly reminded of how much we have to protect creativity. Because creativity is this unpredictable, elusive creature that has to be carefully nurtured from the beginning in the right environment so that it can defend itself against the outside world and withstand the critical thoughts of its creator.

Without the right team, the right dynamic, and the right boundaries, creativity will die on the cutting room floor with a mess of other ideas of what could have been.

You have to protect creativity… along with your creatives.